The education of the deaf in the United States traces its roots to 1817 when the American School for the Deaf was founded at West Hartford, Connecticut. Other states were not far behind. In 1851, the Missouri School for the Deaf was established by an act of the Missouri Legislature. The impetus for that early beginning began the year before when William D. Kerr of Danville, Kentucky, wrote letters of inquiry to two Fultonians urging that the State of Missouri consider the possibility of establishing a state school for the deaf. Mr. Kerr's letters were sent to the Reverend W.W. Robertson and Preston B. Reed. Unknown to Mr. Kerr at the time was the fact of Mr. Reed's membership in the Missouri Legislature. Through the efforts of Rev. Robertson and Mr. Reed, the Legislature was encouraged and persuaded to appropriate money for the establishment of a school for the deaf in Fulton. At the time of its founding, the school was officially referred to as the deaf and dumb asylum. At the considerable urging of the first commissioners of the school, Professor Kerr was brought to Fulton to serve as its first superintendent and guided its subsequent growth. Mr. Kerr, later to become Dr. Kerr, through the conferring of an honorary degree by Gallaudet College in Washington, D.C., saw the school through its early building programs and was responsible for the school being elevated to a very prominent place among the nation's early schools for the deaf.

The original site of the Missouri School for the Deaf was a small frame farmhouse located on property belonging to the Fulton State Hospital. The property was on the hospital's southern boundary, an area currently set aside for part of the farming operation at FSH. On February 23, 1853, the Missouri Legislature authorized funds for the construction of permanent buildings on the present site of MSD. The school has operated continuously at its same location since the construction of the original buildings. There was, however, an effect on the school's operation during the War Between the States, and operations at the school were suspended on July 1, 1861. It was not reopened until June 2, 1863. It is reported in MSD Biennial Reports that the school was occupied during a portion of those years by the military.

As with so many schools and other institutions of considerable age, fire plays an unfortunate role in the history. On February 27, 1888, several of the major campus buildings were largely destroyed by fire. Fortunately, there was no loss of life or serious personal injury. However, property damage was extensive. M.F. Bell, Fulton architect, had done considerable design work on the buildings destroyed by the fire. His work covered renovation, enlargement and addition of the original buildings constructed in the early 1850's. At that time, the main building had, as a focal point, a dome similar to the one Bell designed for Jesse Hall on the University of Missouri, Columbia campus. The fire of 1888 destroyed the dome and gutted the buildings. Bell was called upon again to do the design work for reconstruction. When completed, the Main Building again possessed a very ornate and prominent tower. The tower was dismantled in the 1930's. Other than the loss of the tower, the buildings remained unchanged until they were razed to make way for a major construction project in 1957-1959. 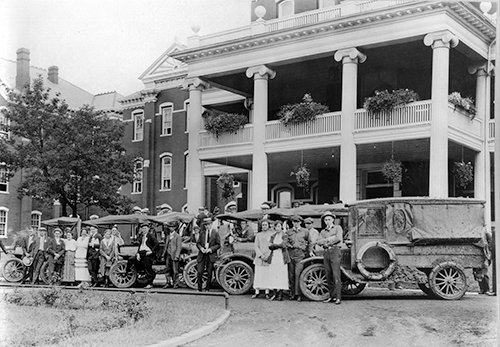 While the campus as it now exists is spacious and quite adequate for sports and recreational purposes, it has grown smaller over the years. At one time the property held by MSD included land now occupied by the City Park and the area east and south of Hillcrest Cemetery. A small parcel was transferred to the Fulton State Hospital in 1967, and the campus now occupies approximately 87 acres.

In the early days, students attended school for fewer years but were allowed by law to enroll up to the age of 30. Since agriculture played such a prominent role in the lives of students, the school sought to provide similar opportunities at school. For many years, the school produced much of its produce in campus gardens, and the MSD dairy herd was the envy of many full-time dairymen. The agricultural aspect of the school gradually diminished and the fine dairy herd and the dairy farm on Route Z were transferred to the Fulton State Hospital.

Since 1946, the school has been under the direct administration of the State Board of Education. This organizational structure has provided for a climate of stability and allowed the school to remain on the cutting edge of educational practices. A five-member Board of Advisors, appointed by the State Board of Education, assists the superintendent and staff by serving as a sounding board for new directions and program possibilities. Prior to the reorganization in 1946, the Board of Advisors had served in a governing capacity and was known in the early years as Commissioners and later as the Board of Managers.

As the reader reviews this list, familiar Fulton names of today can be easily recognized. There are, no doubt, other distinguished Callaway family names, which could be added to the list. This warm community-school relationship has been of immense importance to the continuity of the school and its program. 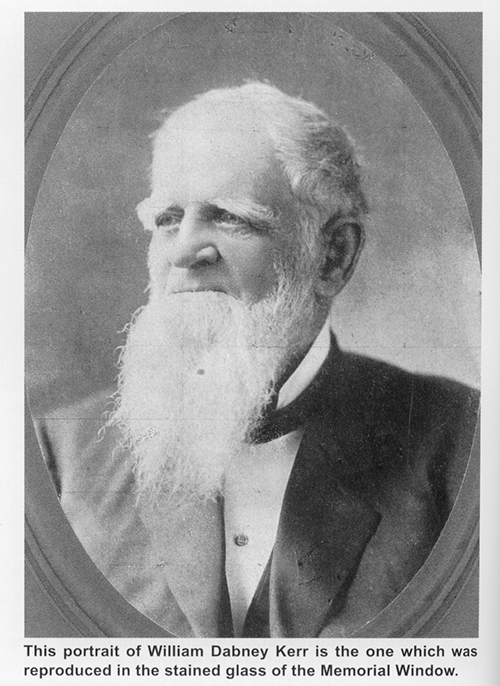 Like many residential schools for the deaf, MSD for a long time had the appearance of a military academy. All students wore uniforms and the high school boys were trained in close order drill and received instruction in handling firearms. Fulton residents often spent Sunday afternoons watching the boys drill on the south lawn. Military training was discontinued in the mid-fifties.

MSD and Fulton has been the site for several important national meetings. In the summer of 1941 and again in 1951, the Convention of American Instructors of the Deaf made Fulton and MSD the site of their biennial meeting. The National Association of the Deaf traces its modern organizational history to a meeting held on the campus of MSD in 1956. The meeting referred to as the Fulton Tontine is viewed by the NAD as the real beginning of their developing strengths as a national organization. In the summer of 1980, the National Tryouts for Track and Field were held in Fulton. Athletes from throughout the United States descended on Fulton for the four-day tryouts, which led to the selection of a U.S. Track and Field team representing the United States at the World Games for the Deaf held the next year in Cologne, West Germany.

Many deaf adults throughout Missouri call MSD their alma mater. The alumni, although spread throughout the state and nation, remain loyal to MSD. Through the years, the MSD alumni have volunteered their support of special campus projects. One of the noteworthy projects of the alumni association is the beautiful stained glass window located in the lobby of the Wheeler Hall building. The MSD Alumni Association as far back as 1899 began to consider a suitable memorial to the school's founder, Dr. W.D. Kerr. By 1905, the Alumni Association had collected over $1,100 toward the project. Fulton Architect M.F. Bell was requested to take charge of the project. The window was finally put in place around 1905 in the school's chapel. Later, when the old buildings were razed to make way for new construction, the window was moved to its present location. Its location and prominence in the Wheeler Hall lobby is fitting tribute to Dr. Kerr whose kindly countenance meets all who enter the building.

MSD Alumni were also involved in a project to raise funds for the erection of the Thomas Hopkins Gallaudet Memorial Statue located in front of the Ingle Auditorium. The statue symbolizes Alice Cogswell, the first deaf youngster in the United States to be educated in an American school for the deaf. Inspiration for the statue came from Dr. Lloyd Harrison, the tenth superintendent of the Missouri School for the Deaf, who labored over several years to bring the project to fruition. The statue is one of the prominent features of the campus and has been the site for hundreds of photographs made of students and visitors to the MSD campus.

Part of the Missouri School for the Deaf's historical strength must certainly be attributed to strong leadership exerted by a host of well-qualified administrators, staff and faculty. There has been a steady stream of deaf educators whose experience includes service at MSD or family background rooted in Callaway County. Callaway County can boast as no other county in the country with the number of native sons who have served as chief administrator of state schools for the deaf. They include Alfred Brown, Marvin Clatterbuck, J.R. Dobyns, Virgil Epperson, Charles B. Grow, Lloyd A. Harrison, Ben E. Hoffmeyer, William J. McClure, Osa Lee McIntire, J.S. Morrison, Robert D. Morrow, Clarence Settles, Eldon Shipman, and John Shipman. Numerous other former residents and MSD-connected individuals continue today to uphold the tradition of high caliber professional service.

Students are enrolled at the Missouri School for the Deaf as the result of a cooperative placement process initiated at the local school level. Students come from virtually every corner of the state. Most enrollees attend as residential students, although over the years many families have moved to Callaway County and the surrounding area so their children could attend as day students. The school's programs are operated on a K-12 structure with students moving through successive grades in each of the three-school components, primary, intermediate and high school. The Missouri School for the Deaf has also been fortunate in being able to provide strong vocational programs. In 1982, an expanded vocational complex was dedicated. The entire school program is accredited by both the North Central Association of Colleges and Schools and the Conference of Educational Administrators Serving the Deaf. Students who do not pursue their education at the college level receive strong training in vocational education and are placed successfully in jobs throughout the state and nation.